Is edible ammonium bicarbonate harmful to the human body?

Properties: Ammonium bicarbonate is a white crystalline powder with an ammonia odor, a relative density of 1.586, and a melting point of 36-60 ° C. It is unstable in nature, decomposes into carbon dioxide, ammonia and water at 36 ℃ or higher, and can be completely decomposed at 60 ℃, but is quite stable at outdoor temperature. It is easily weathered in the air, hygroscopic, and decomposes faster after deliquescence.

Toxicity: The decomposition products of ammonium bicarbonate are carbon dioxide and ammonia, both of which are metabolites in humans. Moderate intake is not harmful to human health. The US Food and Drug Administration (1985) lists ammonium bicarbonate as a generally recognized safe substance.

In summary, ammonium bicarbonate can be used as an additive in certain foods, which is relatively safe, and when the substance is decomposed, it is all gas without residue. There is no potential contamination. If you are worried about odor, you can air dry the peanuts. There is no need to worry too much. 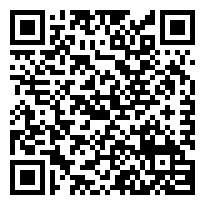