Home
Products
News
About Us
Contact us
Send Inquiry

Health, safety is our style

On April 23 and 24, the two-day International Trade and Food Safety Conference was held in Geneva, Switzerland, and the meeting continued to discuss the future of food safety.

Food safety is closely related to certain foodborne diseases caused by bacteria or pathogenic fungi such as E. coli and aflatoxins. On a global scale, about 600 million people are infected with foodborne diseases each year, and 420,000 die from illness. Among them, Africa and Southeast Asia are the most affected.

However, food safety should not only be related to the prevention of food poisoning or foodborne illness. Comprehensive treatment of diet-related health risks should also be a core element of food safety.

In this regard, it is necessary to talk about obesity. Currently, the number of obese adults worldwide exceeds 670 million. It is predicted that the number of obese people will soon exceed the number of hungry people. In 2017, the global population of hunger was 821 million. And this prediction has become a reality in Latin America and the Caribbean.

In fact, hunger usually occurs in certain areas, especially in war-torn areas, but obesity is ubiquitous and gradually evolves into a global problem. Currently, the global obesity rate for people aged 5 to 19 is 7%, which was less than 1% 40 years ago. Moreover, obesity is not only a problem in developed countries, but in the 20 countries with the fastest growth in obesity rates, 8 are located in Africa.

Consumption of processed foods is one of the main causes of rising obesity rates, and is also closely related to the occurrence of non-communicable diseases such as diabetes and high blood pressure, resulting in a global medical cost and economic productivity loss of up to 2 trillion per year. Dollar. However, a large number of super processed foods – usually containing saturated fats, refined sugars, refined salts and chemical additives – are still considered safe to eat.

It is time to explore the establishment of sound and relevant regulatory mechanisms to effectively encourage the production, trade, sale and consumption of healthy and nutritious food. In fact, at the 2nd International Nutrition Conference held at the headquarters of the United Nations Food and Agriculture Organization (FAO) in Rome, Italy, in 2014, the participating countries unanimously adopted the Rome Declaration on Nutrition, which is a framework for legality in this regard. . In December last year, the UN General Assembly adopted a resolution on global health and foreign policy, pointing out how to promote the advancement of the food system is a global health issue.

This UN resolution calls on countries to take action and introduce policies, including the implementation of all nutrition-related commitments to promote healthy diets and lifestyles. This is the first step in the long road to developing international regulations for healthy eating.

International trade is an important and necessary tool for eradicating hunger and all malnutrition. Many countries rely heavily on food imports to meet the food needs of their own people. Unfortunately, processed foods with longer shelf life tend to perform better in international trade than fresh, similar foods.

The government must create conditions for people to eat healthy foods, and a broader set of rules is needed for this. These rules should not only promote trade equity, improve trade efficiency, but also ensure the nutrition and health of food, as well as enhance consumer awareness and ensure that they have access to reliable information as the core of food safety.

The Codex Alimentarius Commission, established by the Food and Agriculture Organization of the United Nations and the World Health Organization (WHO), is the leading intergovernmental organization for the development of international food standards. Protecting consumer safety is one of its core tasks, raising awareness of the real risks of food safety.

Under the influence of the combination of urbanization, economic growth, climate change, e-commerce and new technologies for rapid genetic screening, our global food system is undergoing many changes, and now is the time to take a bolder step! 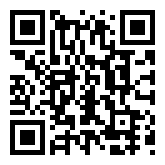